Yes, it is possible to  watch BBC iPlayer abroad….

All the major UK TV stations broadcast online,  BBC, ITV, Sky and Channels 4 and 5.  Unfortunately although you can watch all of these from the UK, they are normally inaccessible outside Britain. 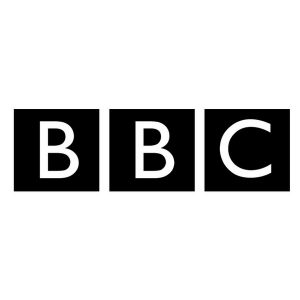 The reason you can’t watch the BBC iPlayer and all the other channels abroad is due to your IP address. It’s something most of us find out fairly quickly when we move or travel abroad.

What basically happens is that when you visit a website, it will look up your address and check which country you are in.  For British TV stations anything outside the United Kingdom and you’ll get a polite message informing you it’s not accessible.  The same happens with most media sites in countries all over the world, normally they restrict access to their domestic markets.  So for example all the major US TV stations broadcast  online but you can only access them normally if you’re physically in the USA.

However for many years people have been using various privacy tools to circumvent this problem.  Most of them give you the ability to unblock channels from anywhere in the world, so if you choose wisely you can actually watch UK TV abroad free as well as enjoying sites in lots of other countries.

So Can I Watch the BBC iPlayer Abroad – Outside the United Kingdom?

Yes fortunately you can and it’s relatively straight forward, this video explains how.

Just to summarize you’re simply hiding your real address when connecting to BBC iPlayer.  It’s actually impossible to change your IP address without access to an ISP (Internet Service Provider), yet masking your real location is all that is required. The same method works with Sky, ITV, Channel 4 and 5 etc – it’s fairly quick and easy to do.  Unfortunately currently in 2020 there is no longer a practical free method to doing this, all the free services are now blocked by the BBC automatically and most other online media stations too.

There are lots of services available for hiding your real address and watch British TV, however increasingly more and more of the VPNs are being blocked.  Have you had issues with NordVPN or Express VPN who promise access to the BBC and ITV but in practice it often doesn’t work?  It’s simply because in an increasingly competitive market, they’re simply putting too many people on the same servers and addresses.  This makes them very easy to block, which happens over and over again !

Most large VPN Companies are routinely blocked access from the BBC and ITV plus many other media companies.

I know I’ve tried them all, the biggest ones will work well sometimes.  Though you may find that the blocks are becoming longer and more frequent.  However after trying many of these, one or two still work reliably – and  my favorite specifically for the BBC is –

Identity Cloaker – This is the program used in the above video.  It’s a  security program that has been around many years and has a large selection of servers in most European countries, plus USA, Canada, Australia and a few others.  They will never be the cheapest because they don’t overload their servers, but it’s super reliable with all the UK’s main TV channels.

These servers are useful if you want to watch channels from other countries, or access different version of media sites like Netflix (the US one is much better than the UK one for example).  However the focus is on the UK with literally hundreds of UK addresses to help you watch British TV online.   Don’t forget it’s not just the BBC you can watch all the other UK stations are accessible to – you can watch ITV player abroad too if you register an account as well as Channel 4 and 5.

You can also access other UK sites too, if you fancy a flutter then all the betting sites like Betfair will work. Plus you can watch Sky Go abroad too, although you will need access to a Sky subscription for this to work.

The technology is much more sophisticated than most other sites which are mainly just basic proxy servers.  This has software which allows you to encrypt, switch countries and even speeds up your connection in many cases.   The network of servers are fast, support is responsive and all subscriptions are non-recurring.  There’s no simpler way of being able to watch BBC iPlayer in Europe free of charge, plus to being able to watch UK TV free as well.

An important point is that the ability to watch TV stations is not advertised on the site anywhere.  Although disconcerting for people wanting to use this , it is crucial, as the sites that advertise openly about accessing BBC iPlayer for instance frequently get closed down or their servers blocked – taking your subscription with them.

The software sits in your task bar and you just click to change your location, you can also use your account on other devices like iPads, phones and tablets, just look for the guides in the members area.  There are also versions which work with Android and Mac OS X, all included in the subscription – use one or all of them on all your devices.