I just thought I’d demonstrate another method of bypassing geo-blocking restrictions that so many big media sites like the BBC use.  Now you’ve probably heard of using a VPN to hide your location and bypass these blocks well this is a variation on this but it works just as well down under and better still you can try it for free first.

Click for a Free 14 Day Trial of Smart DNS Proxy

This demonstrates how to watch BBC iPlayer Australia using a slightly different method to the VPN/proxy one. It’s a very new technology and so far only a handful of providers available, it’s called Smart DNS and I’ve been testing it out over the last few weeks. So far I’ve just watched UK TV,  mainly using it for watching BBC iPlayer abroad to catch up with Match of the Day and the latest Brexit news! I have to say so far I’m impressed!  It’s still quite annoying that there’s no way of investing in a proper subscription or license fee to watch BBC iPlayer overseas legitimately but that’s where we are.   Perhaps by  the time you read this there might be a BBC global iPlayer that gives you the proper version not a cut down subscription service like Britbox. 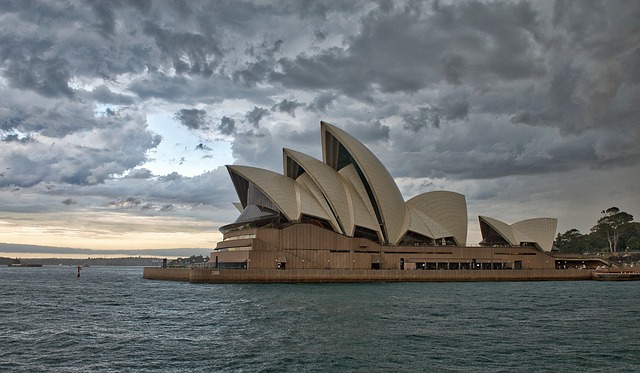 One of the issues, using things like VPN services to bypass the sort of blocks BBC worldwide and other streaming service sites implement is speed especially in Australia.  This is particularly important if you’re watching the HD quality streams e.g. anything with David Attenborough on BBC One ! Not so important for Radio One or just enjoying the BBC News.

Although the best ones have a very fast infrastructure and the correct server locations to hide your IP address. It’s still an additional jump in your journey so there’s bound to be some impact on your download speed. For people with fast connections it’s not noticeable but in many in places like Australia where broadband is still quite expensive and have comparatively slow connections.   For streaming video in order to enjoy things like iPlayer abroad, speed is of course essential, without it you’ll get constant buffering which can make a video hard to watch.

This is where Smart DNS comes into it’s own – speed.  This is because instead of streaming your entire connection through a British based server in order to access a UK only website, Smart DNS acts like a filter and only routes specific information, just enough to convince the server you’re based in the UK.   All the actual video streaming goes directly from the BBC iPlayer web server to your PC.  In some senses it’s similar to those old TV catchup  sites which used to exist, where you’re directly downloading from the web site. It’s also the reason why Smart DNS is much cheaper as there are no huge bandwidth costs for the provider of the service.

There are other advantages apart from speed and cost too, an important factor is it’s simplicity.   Because there is no software involved, the solution is device independent, it works on virtually anything from a Smart TV to a Playstation.  If you can access it’s DNS settings then you should be able to get any device at all to use Smart DNS.

Watching BBC iPlayer Australia on your Smartphone too

So for example it’s much easier to deploy it on devices like tablets, Amazon fire tv and even gaming consoles. All you need is access to the network configuration and you can unblock BBC iPlayer on nearly any device at all. That means the ex-pat who’s decided to live abroad can merely modify a few network settings and ensure their devices are all linked back to the United Kingdom. It’s obviously easier to change the IP address of a DNS server than trying to set up a UK VPN on a media streamer or a TV.

One of the other advantages of this particular Smart DNS service is the ability to configure multiple services on the same account. So for example you can set everything up for British TV if you wish but then specify other setting for US television stations too. So watch BBC iPlayer outside the UK and have the same device switch to the US version of Netflix and Hulu. It effectively allows you to control multiple locales all on the same device, something you can’t do with vpn connections but it relatively easy using this dns proxy service.  As soon as you’ve changed the DNS settings on a device then you’ve got BBC iPlayer worldwide access on it wherever you take it.

I think I’ve tried all the main Smart DNS solutions now, including the one demonstrated in the video and I think the best by far is Smart DNS Proxy.  It is extremely stable, very fast (probably quicker now as they’ve introduced a Turbo-DNS setting which I have’t used yet) – it is the only one which lets you configure locales too – for example set US for Netflix, UK for BBC and so on all from a single change to the dns settings on each device. I have it set to US so that I can access HBO and enjoy Game of Thrones too.

Remember you can also simply make this change on your router if you want to enable all devices on your network. You’ll be able to watch UK TV on everything that connects through that device.

I’ve tried it on several devices and it works seamlessly without affecting your connection speeds at all as a VPN server may do. I’ve tried through an Xbox, Wii-U, Samsung Smart TV plus several laptops and PCs.  In fact the only device where it is a little difficult to configure is those where you cannot access the network settings – some I encountered where the Roku and the BT Broadband Wireless router.  Having said that getting a BBC iplayer Australia VPN or proxy to work on those devices would be even more difficult. For those who don’t like messing around with these settings there is a TV guide to help and you can even download an application to install directly. These will also work on Apple TV although I haven’t verified this directly as a method to watch BBC iPlayer outside the UK.

For now the British Broadcasting Corporation don’t seem to be targeting these Smart DNS solutions, however remember it is possible to block these.  It is also important to be aware that although Smart DNS can bypass geo blocks and hided IP addresses, there’s no security, military grade encryption or security of any kind for your internet traffic.

Always check with a small trial account before taking out longer subscriptions. Smart DNS Proxy also has two options including a VPN service too. These systems are always changing and there is always the possibility that the BBC could introduce some sort of global iplayer which can only be accessed with a license fee check. It’s the service that worked best for me for watching the BBC iPlayer in Australia and is working fine in 2019 where I’m using it for the BBC and the ITV Hub’s Rugby World Cup coverage without problems.