Most TV shows on the the BBC’s online platform iPlayer are available now for twelve months and sometimes even longer.  However the availability of a certain type of show is different due largely to licensing restrictions  – I’m talking mainly about football and sports shows.

There’s often completely different rules about how long sporting events can stay on archives like the BBC’s iPlayer or the ITV Hub.  Often the rights are negotiated separately and usually they’re not available for very long!  For example the last Rugby World Cup games were all on the ITV online archive only during the tournament but the Six Nations was completely different again.  The  BBC’s famous football highlights show is different too – so don’t expect Match of the Day and Gary Lineker to be available for long.

It’s important to be aware of these differences especially if you’re trying to watch the match highlights from a different country.  Of course, the show is always available live, however the Saturday night show at around 10:30 PM GMT can be quite inconvenient if you’re in a different time zone.

So read on if you want to get both the details of when you can watch and how you can stream MoTD from anywhere in the world too (yes even without a TV license).   It’s not difficult and millions of us have been doing it for years by using simple software called a VPN which can hide our location and IP address.

Many of us invest in a VPN program so we can enjoy sports shows when travelling so it’s important to understand how long they’re available.  Some events are only accessible if you watch them live which can be quite difficult if you’re in a different time zone than the UK.

The most popular is of course Match of the Day (plus Match of the Day 2) and it’s one of the world’s oldest sports programmes.    For many years you couldn’t watch this programme at all on BBC iPlayer and it was completely excluded from the archive.  However this has changed in the last year and now it’s possible to watch lots more football and indeed even enjoy Match of the Day on iPlayer.

Now obviously this is subject to change but here’s the current availability of the Match of the Day repeats. 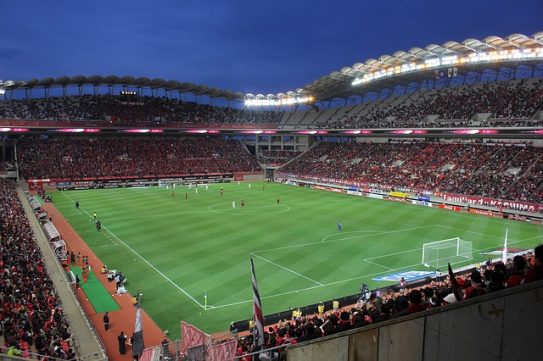 As mentioned above all the broadcasting rights are subject to change and are dependent on the rights agreement with the Premier League in a particular season.

Here’s How to Watch Match of the Day Abroad  Using iPlayer ?

Unfortunately as is the case of the rest of BBC iPlayer it is not accessible online from outside the United Kingdom.  However you can get access to the Premiership and the best football show on TV from anywhere in the world.  Here’s a brief video explaining how:

As you can see it’s a fairly simple process although you do need to invest in a subscription to a VPN service in order to use it. When you connect you should choose a UK server from the list and this is the location the BBC iPlayer will see when you visit the site. This means that instead of getting redirected to the ‘International’ version of the site, you’ll get full access to both Live TV and the complete BBC iPlayer archive including the Match of the Day catch up.

Remember that the above limits on Match of the Day availability still apply even when using the VPN so you’ll have to make sure you watch it soon after broadcast. You can still download the programmes onto different devices using the VPN connection to watch offline but they’ll still expire after seven days too.

Note: Since this video was made the BBC have made it mandatory to register an account. Don’t worry about this, just create an account using your normal email address.  There’s no checks as of October 2020, but they will ask you for a postcode – just use any valid UK one and you’ll be fine.  The account is just used to keep track of what you’ve watched and your preferences.

How to Watch those MotD Day Highlights on iPlayer

The example above shows a simple software program to enable the VPN connection however you can also set these up directly on devices like tablets and Smart phones with Identity Cloaker.  It takes a couple of minutes for each connection, and it’s worth setting one up to specific countries that you might use.

For football programmes for example there’s some great shows on French, Italian and Spanish TV which are only available in those countries.  So you can connect to a Spanish server and watch some great La Ligue coverage for instance, even better if you have some Spanish.  There’s also some decent Premiership coverage including live games on US TV channels if you use one of the US VPN.

We recommend Identity Cloaker and have been using it ourselves for about ten years now to unlock TV sites like BBC iPlayer from anywhere in the world.  It’s the perfect program for enabling access to a fast, stable connection to enable Match of the Day on iPlayer streamed direct to your computer, phone or tablet.  On a computer or laptop, the software sits in your task bar and you just click to change your location, you can also use your account on other devices as mentioned above, just look for the guides in the members area.