How to Keep Up With the BBC Coronavirus (Covid 19) Coverage

Quick update on this page on July 19th 2020. Obviously from March this has changed a lot – the airlines have closed (or gone out of business!), borders have closed/re-opened and all sorts of political mayhem has taken places across the planet. I think the BBC is still a great place to keep up to date though – and of course the fantastic maps here- https://coronavirus.jhu.edu/map.html

It’s turning into the most important global event of the century and something that’s likely to impact virtually everyone’s life in some way. So it can be vital to keep up with unfolding events especially for those who travel a lot. There’s talk of airlines closing, borders being shut and even forced evictions from even the most relaxed societies in order to minimize the spread of Corona. 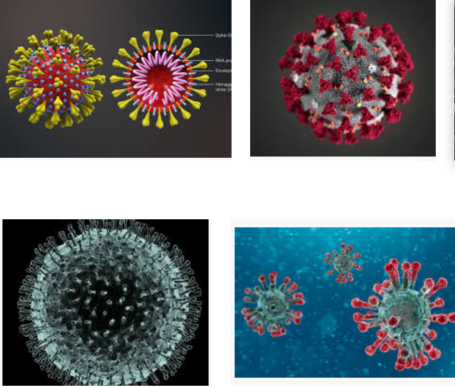 Governments seem now to be coalescing on fairly draconian measures, including the UK government which has changed tack substantially in the last few days. For anyone who’s especially concerned with UK news then probably the best resource for accurate and up to date information is the BBC website. In fact the BBC has several channels which can be useful – BBC 1 has most breaking news and announcements, BBC News has 24/7 news coverage and BBC Parliament broadcasts direct from the Houses of Parliament.

Now the BBC is not perfect and it’s constantly under attack from the political right and left about bias coverage.   However it’s standard of journalism is world class and whatever anyone says they try and remain completely impartial.  This is especially difficult in today’s world but they have very strict rules and guidelines to enforce this neutrality.  Compared to many privately funded News services though, it’s simply in another league.  If you want global coverage, twenty four hours a day on the Covid 19 pandemic then it’s without doubt a great choice.

Obviously the standard BBC news is focused on the domestic scene in the UK.  Yet the BBC has a huge International network of reported across the world.  They bring up to date coverage from the United States every day and it’s not just New York – countrywide.  Obviously lots of news from Europe, plus extensive coverage from the Far East China and Japan are usually covered.  IN fact from Africa to Leicester,  if you want  balanced, up to date reporting on Covid 19 the BBC is probably the best source online.

Unfortunately you can only access this if you’re in the United Kingdom as all other connections are blocked from watching any of the BBC’s channels or their iPlayer archive. It’s unclear whether the BBC will lift these restrictions temporarily during the crisis, but there’s actually a simple way to bypass the blocks anyway.

How to Watch the BBC Coronavirus Coverage Anywhere

By establishing a VPN (Virtual Private Network) between your computer and the server, you have the potential to change your IP address. In the example we connect to a server based in the UK, which obviously gives us a British IP address. This will allow full access to the BBC iPlayer site including the news channel which will think we’re in the United Kingdom.

There are many of these VPN services about and most offer servers in multiple locations. However you do have to be careful as many have very limited infrastructure. If you’re just using the VPN for security then this isn’t always a problem however it is for bypassing geo-blocks like the one used by the BBC. This is because they actively check the number of connections linked to specific IP addresses, too many and it’s blacklisted.

So it’s important to check that any service works correctly with whatever station you require access to. The two VPN’s that we use for example Identity Cloaker and NordVPN both work perfectly with the BBC as the connections are closely monitored.