How to Watch BBC iPlayer in India (for free!) Using a VPN

How to Watch the BBC in India – Use a VPN

There’s been much discussion about whether you can still access the BBC iPlayer from places like India.  Lots of information is available online, however much of it is confusing and misleading.  This post will hopefully clarify the current situation in 2021 about watching BBC iPlayer anywhere in the world including India.

Why can’t I watch BBC iPlayer in India?

BBC iPlayer is the BBC’s free on-demand service that allows you to watch your favourite TV programmes online. Unfortunately, Indian users cannot access this service, because they are not paying for a UK TV license. It’s not entirely fair, because the only people who can buy a UK TV license currently are people who live in the UK. Which means that there’s no real legitimate way of getting access to the wonderful BBC iPlayer in India or indeed anywhere outside the United Kingdom. 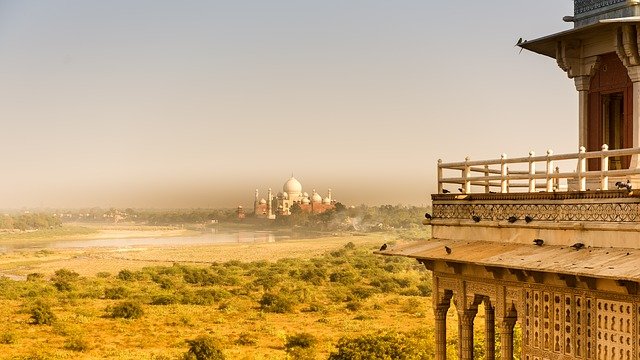 In some areas you can access something called Britbox which is an online streaming service with many of the best shows from British TV. However it doesn’t include any live channels and currently is not available in India either (although this may change). Which means you can’t access all the latest shows, news, documentaries and sports programmes.

The BBC also ensures that no one without a licence can watch the BBC iPlayer programmes by blocking any non-UK access too. So Indian users are effectively locked out of arguably one of the best media sites on the web. There is an option for Indian users who do want to watch the BBC by using a VPN to watch BBC iPlayer (see below for more on this).

So Why Can’t I Buy a TV license in India ?

Good question, many people are surprised that they are not allowed to purchase a TV license for accessing the BBC. However it’s actually quite a complicated situation. One important reason is that the BBC doesn’t always have the rights to show all of its content outside of the UK. Many of it’s shows, films and documentaries are licensed under various agreements and partnerships. They’ll always own the rights to show content in the UK but often not in other countries including India. 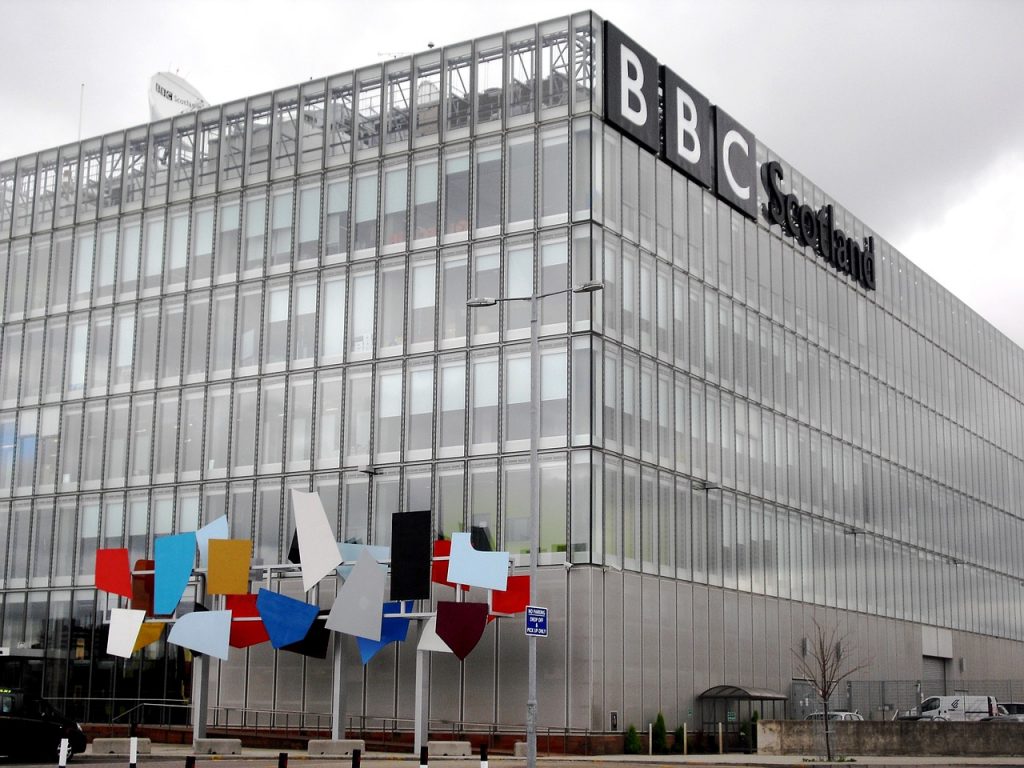 Take for instance, the BBC’s award winning football programme – Match of the Day. Although it’s produced and broadcast by the BBC – they only have limited rights to broadcast the actual football matches. Basically the rights packages allow them to broadcast limited highlights at specific times within the UK. To allow non-UK users to access Premier League matches would presumably be much more expensive.  It’s presumably the same with cricket as access is usually blocked to the excellent Test Match Special on the radio too.

Which is why the BBC block people accessing outside the UK rather than letting them watch for free or buy a TV license.

How Do You watch BBC in India?

Fortunately there is a method where you can get access to the BBC iPlayer in India (and anywhere else in the world). It involves using a security program to hide your actual location and making it look like you’re in the United Kingdom. It sounds technical and difficult to do, however it isn’t really. Indeed thousands of ex-pat including many pensioners with non-existent IT skills are using the same same method all over the world.   If you visit Spain almost every ex-UK resident seems to use a VPN for the BBC.

The method relies on the fact that the BBC’s primary blocking mechanism involves checking your IP address when you connect. If that IP address is registered outside the UK then you’ll get blocked. Of course if you connect from anywhere in India you’ll have a Indian registered IP address attached to your connection. However if you use the security program known as a VPN (Virtual Private Network) then it will be hidden and the BBC will only see the IP address of the VPN server.

As long as the VPN server is located in the United Kingdom (with a British IP address) then the BBC will work perfectly everywhere. Which is the method that literally millions of people use from all over the world to enjoy the BBC online and lots of other media sites which do the same thing,

What is a VPN and how do you use it?

Clearing your cookies and browser cache is a first step to prevent other people from knowing your location. Although this is not the primary method used by the BBC it’s definitely worth doing initially. A VPN is a Virtual Private Network. It encrypts your internet connection and makes it impossible for anyone to know what you’re doing online. This means that you can access the BBC iPlayer in India without anyone knowing your location.

After installing the VPN app or software on your PC, laptop, tablet or smartphone then you’ll simply need to connect to a VPN server. It’s important which one you choose at this point, for the BBC it needs to be in the UK. If you’re trying to unblock the best Netflix catalogue then you’d be best to select a US server though ! You can effectively unblock any geo-blocked content as long as you have a VPN server in the right location.

Here’s how it works in action, this is one of the leading VPN services – NordVPN but there are lots of others.

As you can see it’s really easy to work on a computer, and there are versions on other devices too. BBC iPlayer is a good choice of website to watch all sorts of TV shows in India in English. If you do have problems, contacting your VPN’s customer support can help you figure out what settings you need on your device. They can also usually advise on how to watch BBC iPlayer on TV screens too. It’s normally a simple matter of connection a suitable HDMI cable or perhaps casting from your device while the VPN is connected. This all depends on your TV and equipment though, but you should be able to watch BBC one and the other channels like this too.   You can also use the VPN to download from the BBC and watch offline whenever you like.

Incidentally the VPN I use in this demonstration is called NordVPN, if you use this to access BBC iPlayer make sure you use the UK servers that they have optimized for BBC access.

A few years back, it was very simple to choose a VPN to unlock BBC iPlayer. Pretty much anyone would do, as long as they had a UK server then it would work. In 2021 this is definitely not still the case though!

Over the last few years, the BBC and other media sites have started to crack down on this ‘work around’. Indeed recently they have stopped hundreds of VPN services from working with iPlayer at all.

How Does the BBC block VPNs ?

There’s a variety of methods however one primary system used. The most effective technique they have is to look at how many connections are coming from each individual IP addresses. If a thousand people are using the same IP address to stream from the BBC iPlayer site, then it’s highly likely that it is from a VPN server.

The majority of people don’t share IP addresses to this extent. Some of the cheaper VPNs will have many thousands of people on each server all using the same IP. It’s a very obvious sign and one that the BBC can use extremely easily to detect and blacklist VPN addresses.

VPNs That Work with the BBC iPLayer

Unfortunately many of the low cost, easy access VPN no longer work with BBC iPlayer in 2021. This is because in order to offer the lower prices, IP addresses and servers were shared across too many people. It was great for lowering unit costs and increasing profits but made them easy targets for the BBC security systems to detect. Lots of the high end, secure VPNs like Identity Cloaker still work because they don’t have as many users. This means they are more expensive though. Of the larger, low costs VPNs there’s only a couple who make the effort to ensure BBC iPlayer access.

Our favorite is called NordVPN, however it’s important that you do use the servers they optimize for BBC iPlayer access. If you use any of the UK server allocated automatically then you’ll probably have some issues connecting to the BBC,. Use the recommended servers below for the BBC and it should work without any problems at all.

What are the best shows on BBC iPlayer?

The last two years have been important ones for the BBC as it attempts to justify it’s large investment on its online platform. 2020 had amazing shows such as “The Game Plan” and “The Good Karma Hospital”. There were also huge hits with shows like the Bodyguard and In the Line of Duty all of which are currently still accessible on the iPlayer archive.

For a BBC show with an Indian connection why not try – A Suitable Boy which is a BBC period drama that features Indian cast. It charts the fortunes of four Indian families in early 1950s.

The BBC has loads of different types of TV shows and movies to watch. Indeed as long as you can speak English it’s better than any expensive cable or satellite subscription and it’s completely free when you gain access. Obviously the VPN service has a cost, however some of the long term deals over two or three years from suppliers like NordVPN are extremely low.