Many years ago, in the days before the internet took over our lives – a VPN was not a term that you’d generally hear spoken outside colleges or IT departments.  Yet now walk into any expat bar in Spain, Greece or the US and you’ll likely find many people will have heard the term and likely quite a few who use them every day.  This increasingly ubiquitous acronym stands for Virtual private network and in technology terms it’s a bit of a woolly definition especially when used in the context of the internet.

The basic problem is that a VPN has actually evolved over the last couple of decades from its origins which were simply a private network for voice or data.  However nowadays it’s a term that generally refers to private, encrypted tunnel through the internet.  So how come Joe Parker, a 67-year-old ex-painter and decorator who has retired to the Cost Del Sol has any interest or indeed need for one of these ‘private networks’? 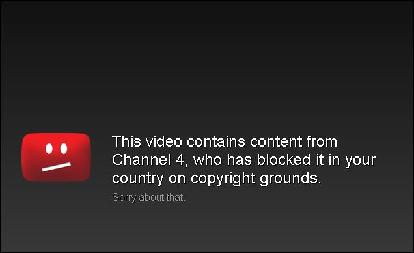 Well, there’s a couple of reasons, and the main one concerns television, specifically British TV.  You see although most British people spend a lot of their time moaning about the BBC and the adverts on ITV and Channel 4 (me included!), it’s only when they move somewhere else that they begin to appreciate how lucky they were.  British Television and especially the BBC has few equals in the world media, if you only speak English that throne is pretty much guaranteed.  So, although many people retire abroad and enjoy better standards of living, more sun and a relaxed way of life – they almost always miss the UK television channels they used to take for granted.

But the BBC iPlayer only Works in the UK!

In an interconnected world, it shouldn’t really be a problem.  However, although every British broadcaster of any size publishes the majority of its schedule online, if you’re located outside the UK you won’t be able to see it.  The reasons are varied to do with licensing agreements and profits, but the method of blocking is fairly standard.  UK TV sites like the BBC iPlayer look up your location when you connect, they take a note of your IP address and then determine your location from that.  So, if you’re in Spain you’ll have a Spanish IP address, in Germany you’ll have a German address and so on.

Which is where a VPN comes in.  This encrypted tunnel is created between two points, your computer (or tablet, iPad, phone) and a VPN server.  This server then relays your request to the web site and then sends it back to you.  The clever bit is that the web site never actually sees your true location, it only registers the location of the VPN server.  So, if the server is based in the UK, you’ll be considered a UK resident and can watch BBC iPlayer abroad or wherever you happen to be.  It’s also useful for accessing other sites like home banking which often restrict international access for security reasons.

Using a VPN to Watch the BBC

Here’s how it works – this video demonstrates from France but it’s exactly the same anywhere outside the UK.

The better VPN solutions like Identity Cloaker – have now developed into extensive services allowing access to VPN servers all across the world.  So, you can switch to a Canadian VPN to watch the History channel on CTV in Canada, then quickly enable a US VPN to access your premium account on Hulu.

The more the sites block, filter and restrict access to their best pages, the more useful a VPN becomes. So, if you ever been blocked from watching anything online, such as any US media channel, YouTube videos or indeed tried to watch BBC iPlayer abroad then I urge you to test out the inexpensive 10-day trial account here and see if how well it works. You can also use the same account on your tablet, smart phone or iPad by setting the VPN manually.