For anyone who spends any amount of time online and travelling there’s one tool you should never be without – a VPN service. A VPN is short for virtual Private network and although it sounds a little bit technical and geeky, the reality is that it is pretty much essential for life online. There are two main advantages to using a VPN and indeed specifically a Euro VPN service when you use the internet:

Whether you use the VPN for security or simply to watch the Blue Planet on the BBC iPlayer, you’ll find it’s an investment that’s well worth making.

Why a Euro VPN Service?

The simple fact is that what sort of VPN service you need is dependent on what you want to do with it.  As mentioned if you want to access a region locked website in a specific country you’ll have to ensure that your VPN company has a server available in that country.  However if you’re just looking for a way to secure your online banking and email when travelling then you’re best to connect through to a ‘trusted’ country which has strict privacy and data protection laws.  The safest option is usually to connect via a Euro based country as they have some of the best privacy laws in the world, obviously a VPN connection routed through Moscow will have much less protection. 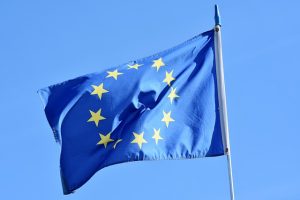 Generally most of the big VPN service providers focus on providing servers through Europe and North America as this is where the real demand lies anyway.  As you can see from my favorite  VPN service Identity Cloaker – it has more servers in UK, US and Europe than anywhere else to cover that same demand.

Of course, if you’re looking to access African or Australian region locked websites you’re better off looking for a service with more servers in those countries. So the basic rule I follow is to connect via the home country when trying to access a specific website, which in my case is normally a UK based one or a US service. However if I’m just looking for security I’ll connect to a Euro VPN service by selecting a European country, usually the one closest to my current location.

It’s worth considering when you connect to a remote VPN server that the distance will likely effect your internet speed. Connecting through a Australian VPN server from France makes no sense unless you want to specifically access an Australian only web site. When you choose a VPN service consider your requirements before signing up to a long subscription and ensure that you have access to the servers you need. For example IDC is the fastest I’ve found for UK/US access because they have more servers in those countries but it doesn’t cover smaller countries which other VPN companies might do.

Whichever VPN service you choose, always ensure you try out the trial before taking out a longer subscription. There’s a lot of choice out there but it’s important to test them out first to see if they work with the websites you need. For example about 95% of VPN services won’t work with Netflix and the BBC now because of blocks that have been implemented.