Forget UK Free Proxies for BBC, ITV and Others in 2021

It’s 2021, over seven years after this post was originally published.  I kind of hoped that the practice of geo-blocking and targeting would have diminished as years progressed but unfortunately that’s not happened.  Now more than ever large websites filter, block and divert based on your actual physical location.   Watching UK television from outside the UK via all the wonderful websites like BBC iPlayer and ITV Hub has actually got much harder too.

Not only have these and many more large sites continued their use of geotargeting, they’ve actually extended it.  Plus the majority of the entertainment sites like the BBC have worked hard on stopping people using circumvention tools like proxies and VPNs too.  They have focused on a number of methods of detecting access from proxies and VPNs and have been very successful.   All over the internet you’ll see evidence in forums and groups on social media.

Why Does ITV Hub Block Access from Pure VPN

Why Has my VPN Stopped working with BBC iPlayer

However the most effective method is to analyse the IP addresses which are being used in these connection.  Obviously they’re registered in the UK, otherwise they’d never be effective for UK TV sites.  Yet now these sites are checking the blacklists, where the addresses are registered and crucially how many network connections are coming from each IP address.  This is the killer for many VPN companies, plus it blocks every free proxy server too.  Checking how many concurrent connections are being made from each IP address is a simple way to detect proxy access.  any free UK proxy will probably be already on most blacklists plus there’ll be thousands of people trying to use them for popular sites like the BBC.

This is just an update though, the rest of this post is still valid.  Free proxies are still very risky and dangerous to use, it’s just there’s now an additional issue of them not working at all now!

Can I Have Something for Free – Proxies from UK ?

Whenever I put up a post about using proxies for watching British Television like the BBC, I nearly always get a load of comments asking about a free method.  Last week it was someone trying to watch the BBC from Ireland (you can’t access it there either!) Now it is true that you can find a lot of free proxies online, in fact there are literally thousands popping up every day – however there is a reason for this and it may not be the reason you thought.

To explain just go through the thought process of someone setting up a free proxy based in the UK that would allow anyone to watch their favourite TV shows.  They’ve set up a server, configured it securely to ensure nobody has access to other people’s data.  Then they’ve connected it to the internet using a couple of high speed network cards and a high bandwidth throughput.   Finally it’s ready the server is opened up and literally within minutes sometimes – thousands of people will be connecting and running automated spamming tools, streaming media sites and downloading P2P torrents using this server to hide their location.  That’s before all the people pile on it trying to watch TV stations that are geo-blocked. 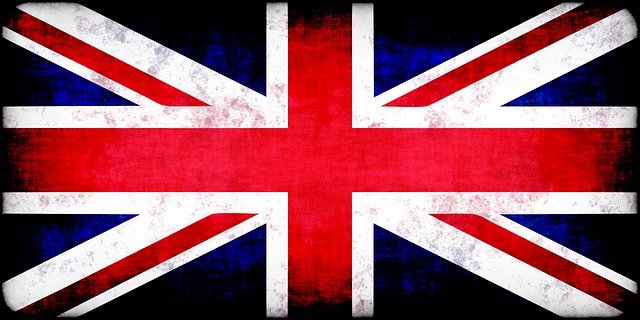 Seems an awful lot of effort and money to expend on complete strangers needs – all for people who will never even say thanks !

So the cost of opening up a server equals a lot of time, expense for the hardware and ongoing charges for bandwidth costs unless you leech it from someone else.  All these costs  are incurred and paid by somebody – not to mention the legal risk of the server being used for criminal activities and the extensive monitoring and tweaking needed to keep it running.

So Who Would do this to provide a Free British Proxy server?

I’m hoping now that the answer will become obvious – it’s nobody!  No one in their right mind is going to spend thousands of dollars and hours of their time, supplying a server to be abused by complete strangers for absolutely no rewards.   Would you pay your employer for the privilege of going to work?  Of course you wouldn’t, it would be utter madness and it simply doesn’t happen apart from possibly worthwhile charities where people obviously have other driving forces.  But as enabler for strangers to stream Strictly Come Dancing in Tokyo or to download porn anonymously – I think not.

Here’s a quick video that kind of agrees with me, whilst showing you how to use a commercial BBC iPlayer proxy for watching UKTV abroad.

That’s it, they just work you can watch UK TV everywhere and never have to worry about being blocked.  Plus you won’t be risking your computer, accounts and passwords on some cyber criminals password harvesting device.

So if these proxies are not set up by free thinking, wealthy anarchist benefactors – where are they all appearing from? Well I’ll tell you, they come from a variety of sources and in the vast majority of cases the owners of these servers have no idea that they are available. IN fact the majority of the servers have been left open by accident. Their administrators have misconfigured a firewall setting, installed a piece of software which has enabled a proxy service or perhaps failed to lock down a legitimate proxy so that it can only be used for specific users. In reality a huge number of companies and organisations use proxies to allow access to the internet – it’s a cheap and controllable way to allow internet access to employees, but only if the proxy servers are configured correctly.

Not all servers are just messed up proxies, some are just servers with internet access which have been taken over by hackers, spammers and identity thieves. These people scan the internet looking for vulnerable servers, hack into them and then install proxies and mail relays on them. It is why most free proxies fall over very soon after becoming available, they become completely overloaded, and the owners simply don’t care or where unaware that it was acting as an open proxy to the world.

There are of course, many legal issues with using a free proxy without permission from the owner, but how serious depends on where you are based? In the UK and the US there is specific legislation to make it a criminal offence like the Computer Misuse Act. In reality you are unlikely to get caught however simply because of the thousands who will be using each proxy, however there is a tangible risk.

Perhaps of more worry is that by using a proxy you are redirecting all your information through a third party it is important that this connection is secure. But of course in this scenario that is not going to happen, your web connections will potentially be accessible to all. The worst case scenario is where someone is actually using the proxy to steal personal information or infect anything connecting with a trojan or virus to gain access to their PC.

In some ways the BBC has done everyone a favour in stepping up it’s proxy/VPN detection efforts. People were still taking the risk using these virus riddled, free proxies you see on list pages every day. Now at least they categorically don’t work so there’s literally no point.  Considering the most common risks associated with free proxies include the risk of identity theft and fraud it’s a huge risk to save a few bucks.   Now almost every site which has any sort of anti-proxy detection system in place will block access from these free proxies.

The need for VPNs and proxies is only growing and looks like it’s going to continue to do so.  Twelve years ago I started using a VPN on my laptop just to watch the BBC from a Spanish holiday, nowadays I use it routinely for dozens of sites.  Plus the threats of identity theft are growing too.