So can you watch ITV Hub abroad by using a VPN ? – Well yes, indeed I have been doing so for years with quite a few different VPN providers.   However this week I began to get a little worried.  I was just about to relive a small adventure – my youngest son’s first proper ascent of Snowdon by watching the wonderful ITV show – The Mountain. It’s great little series about the people who live and work around Snowdonia in North Wales.   There’s two series and both are recommended if you enjoy these sort of shows,  this is the trailer for the second one –

Yet this time I had a problem it wasn’t working !!

Anyway I digress ! So for the last year or so I’ve switched VPNs quite a lot, and as such have acquired a multitude of different VPN subscriptions. My oldest and longest running subscription is of course Identity Cloaker which I recommend in these pages a lot. Simply because although it looks a little old fashioned – it always works! Very occasionally when it doesn’t for some reason, the support guys leap into action and fix anything.

However it’s not great to use on phones and tablets as they’ve not released native applications for these mobile devices. Most of the larger VPN companies have fully supported versions for all the different, major platforms.   So over the last twelve months I’ve been using alternatives especially as I tend to watch more on these mobile devices nowadays.

The NordVPN app which I use on my phone and iPad is a joy to use and is perfect for accessing blocked content like the BBC easily.  Unfortunately when I tried to access my ITV Hub account this time from abroad in early November, there was a problem and I received the following Hub error messages in the video below.

What’s more as you can see the same thing happened with BBC iPlayer streaming servers too.  Basically when I’m abroad this is serious, the BBC and ITV are pretty much all I watch apart from the occasional Netflix binge.

How has this happened?  Can you watch ITV Hub Outside the UK now ?

To be fair to NordVPN I checked all my other VPNs nearly all of which had the same problem.  The reason is usually associated with a renewed effort from the TV stations to block VPN and proxy based connections.  Although they can’t actually detect a VPN automatically, they can determine it’s existence usually because of the large number of inbound connections on single IP addresses.

That’s all it is really, analysing where the inbound connections are from and then looking for patterns.  Most ordinary connections from home users would come from distinct IP addresses, perhaps one or two at most from the same one.  It’s really not hard to work out which are proxy/VPN connections if you look carefully at your traffic.   When they find the VPN IP addresses, then it’s a trivial matter to block access from those addresses for a period of time.  Which is exactly what happened to my NordVPN connection in the example above.

However on the exact same day Identity Cloaker, a less well known VPN company with a much smaller infrastructure is working fine.  Here’s the video taken on exactly the same day as I stream live TV, there’s sound with this one.

It would be nice to think that there’s some super secure technology that’s giving Identity Cloaker an advantage here, but it’s not really the case. The answer is simply scale, the techies at ITV and BBC can’t really detect any of the secure VPNs.  However if you’re using Identity Cloaker to protect your internet connection then it’s likely that the IP address you’re using is only being shared with a handful of people.  What’s more the chances that they’re connected to the BBC or ITV Hub or indeed any of the British TV channels at the same time is much smaller.

Whereas, although NordVPN has thousands of servers to unblock streaming access, it also has millions of users all trying to access these resources and TV shows.  To be fair that doesn’t cause a problem with performance, but it can get IP addresses blocked occasionally. 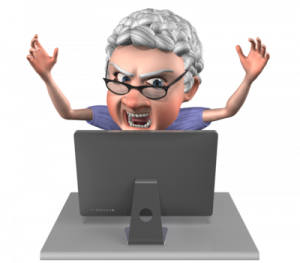 That’s it really, the primary reason any virtual private network will be blocked is too many people connected using the same address.  It’s an ongoing battle between the TV companies and each VPN service provider.

We usually refer to this as too many concurrent connections. It’s certainly why the free VPN systems have never worked at all with any of the main media channels.  There’s simply too many people using them at the same time.

There is a solution though which doesn’t involve getting rid of many of your customers.  You simply have to regularly rotate these IP addresses and ensure that your users are distributed evenly among the infrastructure.  If an IP address is blocked or blacklisted it should be removed from the service until this expires.  This also works well, but there’s inevitably a few times when it doesn’t and it also takes a lot of effort and organisation.  Nord VPN are pretty good at doing this, but you’ll often find a few servers blocked on some of the media channels.  Which if the big match is starting or you’ve settled down to watch Coronation Street on the ITV player then can be frustrating.

For Computers or Laptops – Identity Cloaker is the most Reliable solution.

If you’re primarily going to watch on a laptop or personal computer and want the minimum number of connection problems I’d still recommend Identity Cloaker. It’s definitely the most reliable. However for using on other devices and for a great deal on longer subscriptions, then NordVPN is a great option too. They will get your connection working and if  you use their BBC optimized servers, then you shouldn’t have any issues.