Update in September 2022 – you can still watch all six episodes of The Tourist on BBC iPlayer.  It’s currently available until the end of 2022, after which you’ll need to check again.

The Tourist is a new BBC drama that has been met with great reviews. The show is a thriller that includes absurd comedy and stars Jamie Dornan as the distressed victim.  If you’re outside the UK check this page to see how to watch UK TV over the internet.

In the show’s opening sequence, Dornan’s character sings along to Bette Davis Eyes until he’s hit by a huge truck slams into him from behind. On their way through the desert, there is a high-speed car chase. When he wakes up from the hospital and has no idea who he is or what caused this, he realizes that last night was not just a nightmare but now a reality.

While some praise the Australian backdrop as being barren and beautiful, others find Dornan’s performance to be dead-pan and emotionally breaking down. The Tourist is full of startling moments of ridiculousness that make it a unique watch, but it may not be for everyone.

Here’s the official trailer and you can check out the show itself here.

Jamie Dornan stars in this engrossing tale as a man who goes on an epic journey to find his true identity, wandering through the glowing red heart of the Australian outback. The Tourist also stars Danielle Macdonald and Shalom Brune-Franklin (Line of Duty, Roadkill).

Where can I watch The Tourist Series?

You can also watch the show on Amazon Prime although you will have to purchase the series. It’s currently available for £13.99 which includes all six episodes to stream in HD.

Where is BBC series The Tourist filmed?

The Tourist is a new BBC series that was originally broadcast on 1 January 2022. The show follows a British man who is pursued by a vast tank truck in the Australian outback. The series was filmed in various locations around Australia, including Brisbane, the Gold Coast, and Cairns.

How many episodes of The Tourist are out? 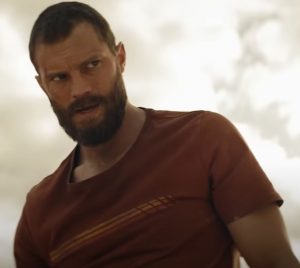 The Tourist is a mystery thriller television series that was released on BBC iPlayer in January 2022. The show consists of 6 episodes and is produced by Mammoth Screen. All episodes are available to stream now on BBC iPlayer.

Warning, spoilers ahead for all six episodes of The Tourist

Not really but it does have a surprising ending. The series is brilliantly written, acted, and directed. However, its ending will haunt me for a long time. If you have not seen it yet, I highly recommend watching it.

All episodes are available to stream on BBC iPlayer right now.

Who is in the cast?

The Tourist is a BBC show airing weekly on BBC One. The show is available to stream now on BBC iPlayer. The cast includes Jamie Dornan, Shalom Brune-Franklin, Danielle Macdonald, Ólafur Darri Ólafsson, and Damon Herriman. These actors will be playing characters in the show’s story.

How Can I Watch ‘The Tourist’ from Spain?

As you probably now you can’t normally watch any of the UK TV stations online when you’re in Spain (or anywhere outside the UK).  If you want to watch BBC iPlayer or ITV Hub in Spain, you need to hide your real location.  This is quite easy to do just use on the VPN services recommended on this site.