It’s now been more than two years since BBC started blocking all our favorite BBC iPlayer VPN 2022 programs in earnest.  Previously they had finished off the simple proxy server access, which had worked from the release of the BBC iPlayer in December 2007.   It’s surprising the proxy access was allowed for so long; it was perhaps the last major media service which hadn’t blocked them.  Certainly, a simple proxy hasn’t worked on sites like Hulu, Netflix or any of the other TV channels for several years.  Next came the BBC iPlayer VPN workaround which in 2016 was also to targeted by the BBC technical and legal departments. 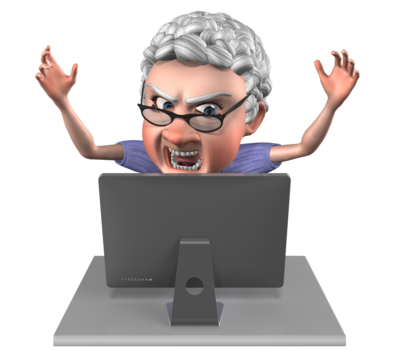 So, is the purge complete? Are the BBC iPlayer blocking VPN programmes from every supplier?   Do any still work with BBC iPlayer?  Well, it’s difficult to say for sure because it keeps changing, one thing for sure there are certain characteristics of the services which do remain:

There’s no doubt that things have got a lot tougher for the VPN services over the last few years although there’s still many of them still functioning well.   Although some people seem to think that BBC iPlayer detecting VPN programs automatically now, that’s simply not true.  There is no technology available for reliably detecting a well configured VPN connection, although the Chinese are working on it.  The BBC iPlayer blocking VPN efforts are based on detecting things like too many connections on specific IP addresses and simply manual detection via web sites.  Remember there’s a huge difference to advertising your VPN service to marketing a tool as a BBC iPlayer VPN 2022.  These companies are simple to take out of the game, especially if they’re stupid enough to use any of the BBC’s logos on their site!

Even though the BBC cannot automatically detect the presence of a VPN if it identifies the IP addresses of the servers, it’s a trivial matter to block access.   Most estimate that about 80-90% of the firms are now blocked and certainly the days of using proxies to watch BBC iPlayer from the Netherlands or anywhere abroad free through some sites are long gone.

Fortunately, my favourite one – Identity Cloaker still works perfectly with all the media sites including the BBC – here’s a video of it in action

As you can see it’s working perfectly and this year Identity Cloaker have expanded significantly to include many more UK servers and introduced a special network of residential based IP addresses. At the moment these have been restricted to use only when you try and connect to Netflix but hopefully, they can expand this to BBC iPlayer if the need arises.

So, from 2022 on, you can pretty much forget about proxy servers – unfortunately they don’t work anymore.  At the time of writing, Identity Cloaker is still working perfectly with the BBC iPlayer abroad and in fact all the major media sites.